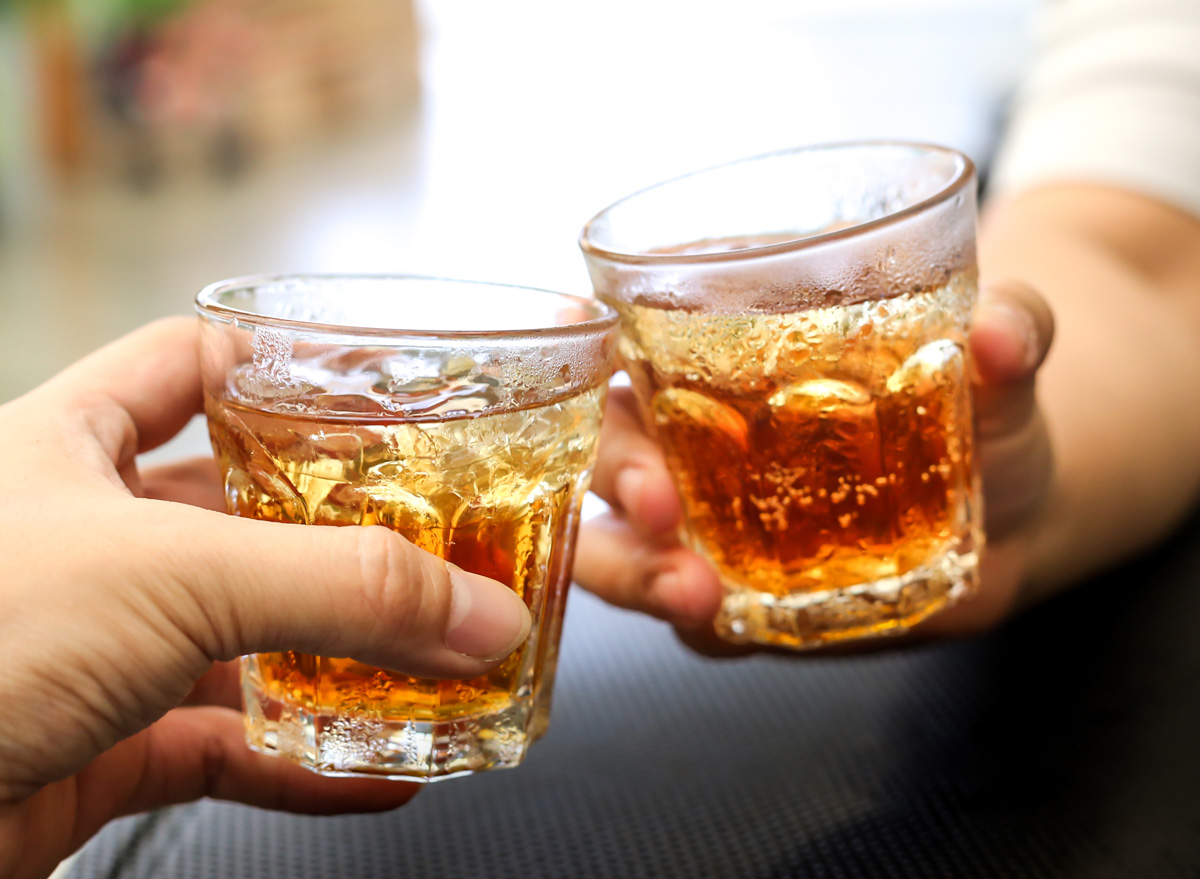 The #1 Worst Drink That Ages Your Skin Faster, Says Science 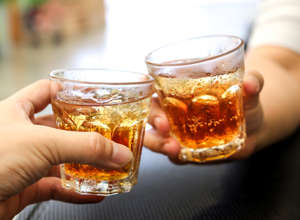 © Provided by Eat This, Not That! Men cheers with glasses of a whiskey soda alcohol cocktail drink

We can try all the creams and moisturizers that we want, but there are certain physical effects of aging on our skin that can't be stopped. Thankfully, what we eat and drink plays a large role in how our skin ages with each passing year, which means that we do have some control over the rate of aging depending on the diet we choose to follow.

While things like fruit, fatty fish, natural juices, tea, and plenty of water can help slow the aging process, there are foods and drinks that can, unfortunately, speed up the process as well.

And according to research, one of the worst drinks that ages your skin faster is alcohol because of its effects on your hydration and liver health, which are major factors in the health of your skin as you get older.

RELATED: Sign up for our newsletter to get daily recipes and food news in your inbox! 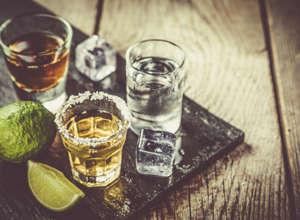 © Provided by Eat This, Not That! alcoholic drinks

In a recent article about drinks that age you faster, expert Amy Goodson, MS, RD, CSSD, LD author of The Sports Nutrition Playbook in a recent article, mentions that alcohol can negatively affect the natural hydration in your skin.

"Your skin gets thinner and drier as you age (intrinsic aging) and external factors can speed this up," says Goodson. "Due to alcohol's dehydration effect, it can contribute to more aged skin when consumed in large amounts over time."

Drinking alcohol in large amounts on a regular basis can also age your skin faster by disrupting your sleeping patterns. In a study from Nature, it was found that men who regularly consumed heavy amounts of alcohol had more issues with sleep problems. And a study from Case Medical Center concluded that sleep issues over time may lead to accelerated aging.

This research also confirmed that along with physical signs of aging due to poor sleep, a lack of healthy sleep over time can also decrease someone's ability to recover what they refer to as "exogenous stressors."

These stressors include things like sunlight, certain makeup or skincare chemicals, air pollutants, and cigarette smoke. © Provided by Eat This, Not That! alcohol

It's one thing to regularly consume alcohol, but it may further impact your skin if you're drinking alcoholic beverages with tons of added sugar in the ingredients as well. This is because of an occurrence called "AGEs," which stand for Advanced Glycation End-products and are accelerated with higher amounts of sugar.

At the end of the day, drinking moderate amounts of alcohol is normally safe and should not create many health problems as you age. But it's important to monitor how much you're consuming on a regular basis.

For more healthy eating news, make sure to sign up for our newsletter!

Read the original article on Eat This, Not That!

The #1 Worst Drink That Ages Your Skin Faster, Says Science