Chris Pratt and Katherine Schwarzenegger have been married for 2 years. Here's a timeline of their relationship.

After dating for about a year, actor Chris Pratt and author Katherine Schwarzenegger got married in June 2019 with a ceremony in Montecito, California.

They have since been married for almost two years and have a daughter together.

Here's a look at the pair's relationship so far:

2017: Pratt and Anna Faris announced their split after 8 years of marriage

After about eight years of marriage, Pratt and Faris publicly announced that they would be separating in matching social-media posts in August 2017.

"Anna and I are sad to announce we are legally separating," the post stated. "We tried hard for a long time, and we're really disappointed."

"Our son has two parents who love him very much and for his sake we want to keep this situation as private as possible moving forward," the post continued. "We still have love for each other, will always cherish our time together and continue to have the deepest respect for one another."

People reported that Pratt filed for divorce in December 2017, with Faris following suit shortly after. They both asked for joint custody of their then-6-year-old son, Jack Pratt.

The divorce was finalized nearly a year later in November 2018.

June 17, 2018: Pratt and Schwarzenegger were spotted together in public

About six months after filing for divorce from Faris, Pratt was spotted on a picnic with Schwarzenegger in Santa Barbara, California.

The two were reportedly laughing and smiling together, although, at the time, neither confirmed their relationship.

A few days after their picnic, People reported that Schwarzenegger's mom, Maria Shriver, set them up, according to a source that added the pair had been on several dates so far.

June 28, 2018: A source told E! News that the pair had been in communication for months

A source told E! News that Pratt and Schwarzenegger had been talking for a couple of months.

"They both really like each other," the source said. "Chris is smitten by Katherine and is super happy about how it's going so far."

Later that summer, the Daily Mail published photos of the couple kissing and hugging while they were getting frozen yogurt with Pratt's son.

October 31, 2018: The pair spent Halloween with Faris, her boyfriend, and Jack

On Halloween 2018, Pratt and Faris showed off their co-parenting skills by trick-or-treating with their new significant others and their son.

Pratt was there with Schwarzenegger, and Faris brought her boyfriend (and now, fiancé), Michael Barrett.

December 13, 2018: Pratt and Schwarzenegger made their relationship Instagram official 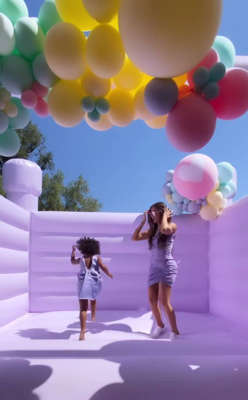 Chris Pratt and Katherine Schwarzenegger have been married for 2 years. Here's a timeline of their relationship.